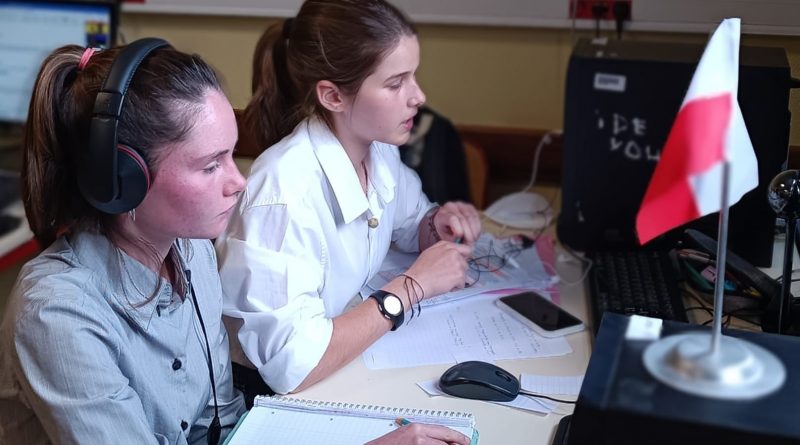 On the warm afternoon of the 24th of April 2022, the Ice-Breaking for the 4th Edition of EUROmad was inaugurated. The online event has just kicked off. This 4th edition of EUROmad contains a total of 9 commissions, 15 schools and more than 300+ participating students, from the European, Asian and African continents alike. The event will span over a period of 3 days, where delegates will attend to debates.

The presidence this time around, is composed of the co-peresidents of EUROmad: Sofia Baxter, Emmanuelle Siaka, Sofia Laouenan, Adélaïde Veyrier et Léonard Aranda. After a brief presentation of the chairs and commissioners, a presentation video was viewed. An explicative video on the creation of EUROmad and what led to its formation. A second video was played, explaining the role and function of each of the 9 commissions. Then a supportive video-message from Marie- Cristine Lang, the French General Consul to Madrid, was also showed. She wished the delegates luck and encouraged them to give their best effort to each and every day of the webinars. After the general introduction, the group was split according to their respective commissions in different webinars, where some informal ‘ice-breaking’ activities took place. In conclusion, this 4th edition of EUROmad took off in stride and we are anticipating the next few days to come.