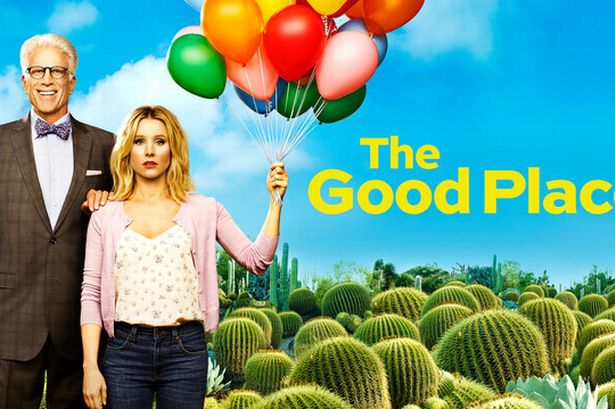 Deceased Eleanor Shellstrop gets into a heaven-like location called The Good Place. She’s greeted by Michael, the architect of the hero’s new neighbourhood. There, she meets her soulmate Chidi Anagonye, a professor of moral philosophy. Eleanor soon realises they must’ve confused her with someone else. A note saying « you don’t belong here » just confirmes her theory. Her soulmate helps her become a better person. Later on in the series the main character finds out something really disturbing about the neighbourhood.

The Good Place presents a problem or rather a question « Why should I be good? ». At first, for Eleanor, she must be good or else she will be banned from eternal happiness and sent to The Bad Place. However, after a couple realisations the main hero becomes good simply because she wants to. She realised she was not happy with her current life and decided to change it. Other characters get rid of their flaws throughout the series as well. Chidi’s indecision is almost non-existent in the end, and Tahani’s constant rivalry with her family members has been replaced with peaceful sisterhood. However, the show also greatly focuses on the fact that outside factors, which are out of a person’s control, majorly affect the « goodness » of an individual. That and many other philosophical dilemmas and questions are shown in The Good Place.

Regarding the series’ humour only one word comes to my mind: marvellous. The brilliant situational comedy paired with the fast paced actions and the main heroes constantly annoying each other make for one of the best, funniest shows I have ever watched. The series’ dynamism and said humour made this masterpiece on of the few cinematic productions I stopped treating as simply background noise, and I genuinely was obsessed with the unfolding story.

She’s described as an « Arizona Trashbag » and well… it’s true. Eleanor did not have an easy childhood. Her parents were even more « trashbaggy » than her – divorced and rarely even paid attention to their child. At a young age she decided to become officially independent and made her parents sign papers confirming she was now on her own. And on her own she stayed: Shellstrop is selfish, rude, sarcastic, mean and definitely not scared to throw a « ya basic! » at you. And yet, under all the pain of her parents’ divorce hides a loving, carrying and nice woman… but to get to that point her soulmate Chidi had to suffer a lot of times (802 times to be precise). She died ran over by a queue of shopping carts whilst buying a margarita mix.

A professor of moral philosophy, so devoted to his teaching that at the age of eight he made a 55 minute presentation about why his parents should not divorce and stay together. That would have been really cute if that’s all ethics had brought him. Chidi’s obsession with making sure every move he does is morally correct literally killed him (I’m not joking, he died because he couldn’t make a decision). One time instead of kissing his girlfriend to resolve an ongoing argument, he instead decided to grab Immanuel Kant’s book to search for the philosopher’s opinion on his fight.
Jason

Jason is from Florida, which should already tell you something about his role in the friend group. He is stupid, to put it in simple terms. He is impulsive, ignorant, sometimes to a point where you wonder « how is that considered human? ». His obsession with Molotov cocktails is insane. He died trying to rob a bank, faking a safe installation and hiding inside of said safe. Sadly all he had to « breathe » were swimming goggles.

The pseudo-sophisticated British woman who will remind you of her social status by throwing random « I would know, after all Big Ben is my godfather » (yes, she really said that). She’s always trying to be the best and raise money for charity, not for philanthropical purposes, but rather to be better than her sister and not be such a disappointment to her parents. She died trying to tear down a statue of her parents’ beloved child at her sister’s concert.

The Good Place is an exceptional show, with splendid morals, phenomenal comedy, astounding story-telling. The way it makes you think about ethical problems is admirable. It’s both a show you can watch as background noise or dramatically wait for the heroes’ next move, all whilst bursting out in laughter. 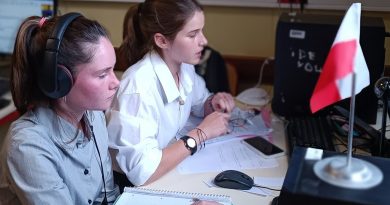 Ice-breaking of the 4th edition of Euromad 2022 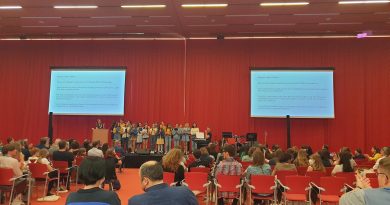