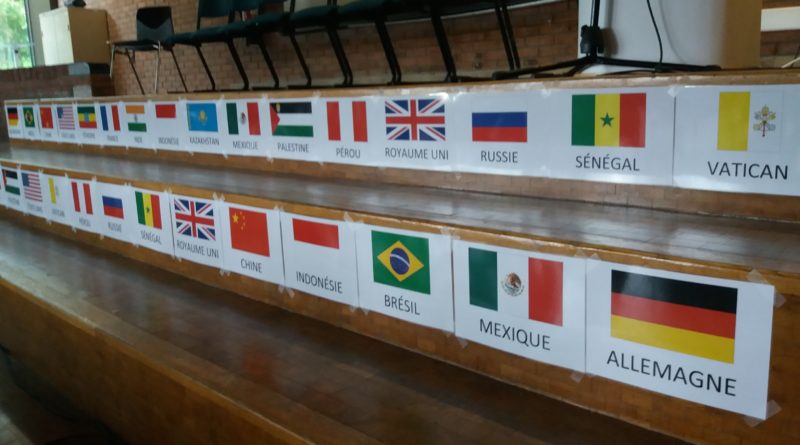 EEB1 decided to organise a small Model United Nations (MUN) on the school campus this year, 2018. Being the first one organised in the school of EEB1, it was not on as grand a scale as other MUN projects, like BRUMUN (Bruxelles MUN) for example. It was rather spontaneous, usually these kinds of things are organised more than six months beforehand, whereas in the case of MUNUCCLE, the organisation was quite last minute. Considering the limited time slot teachers and students had to prepare for this, it ran very smoothly and ended up being a success that could become an annual occurrence in EEB1. 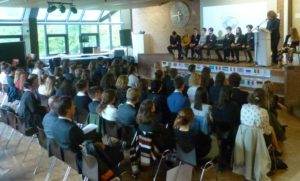 School of Brussels I (Mme Thomas, Mme Ricard and Mr Nicolaidis). They decided to do it this year to celebrate 60 years of EEB1. It was created for students based in Brussels with ages ranging from 14 to 18 and delegations in French and English.

The students who were participating in this event seemed rather familiar with the way everything worked, most of them had done one or many MUN projects before this one. This factor helped in terms of getting things organised and helped with making sure everything ran smoothly and was less chaotic etc. The teachers seemed fairly at ease with it all as well (there was no one running around frantically!) We had the opportunity to sit in on one of the committees, which was very interesting as it gave us a very clear insight as to how this whole process worked. These committees were comprised of about 20 students with one or two presidents representing and running the committee. Each student acted very professionally, spoke respectfully to other students and used the correct pronouns ‘we’ when speaking of the country they represented, and there was a good atmosphere present in the committees which we got to experience along with the students.   Food was provided for students and they were also given little intermissions to give themselves a break and enjoy each other’s company and talk about their aspirations for MUN. The students were given a sufficient amount of time to get their points and aspects across to each other during the councils.

The atmosphere was pretty laid back since most of the students came from European Schools in Brussels, giving them all something in common and this made them realise that they were all in the same boat. Everyone was interested in what everyone else had to say and it was a good working atmosphere. There was also a hint of excitement throughout the whole event created by the whole professional aspect of MUN and the way the students dressed for the event was very different to what they would wear in everyday school life.   Along with things running smoothly, the teachers and students all treated MUNUCCLE with 100 percent seriousness, which was impressive to see. Everyone was clearly very dedicated to this project and interested in the matters at stake, which really showed through in the professional yet welcoming atmosphere present throughout the entire event.

We interviewed a couple of students and teachers and asked them what inspired them do to MUNUCCLE. Most of the students had been inspired to do more work with Model United Nations due to previous experiences with the education simulation. Students interested in International relations and diplomacy love participating and working for these events for reasons ranging from just interest to future career ideas. We interviewed one student who had done one MUN project in Brussels before, who acknowledged « Now, what I’ve  done is I’ve come here and I’m trying to deepen my knowledge in the United Nations and how it works because it could be a possible job for me, I love everything about each experience”. We also interviewed the chair of the human rights council who had been a delegate in  every other MUN she participated in and she expressed that « it’s completely different and you see it from a

completely different point of view. It’s very interesting because you get to know the people in a completely different kind of way. I like both parts because they tell you so much about how everything works and as a chair you get all the resolutions  and it’s a great experience, it really is.’’

We asked the teachers how the idea came up and Mme Thomas by saying “We wanted to do it because we had already participated in other modelisations and since we got  a new collegue last year (Mr Nicolaidis) who had already organised MUNs before, we knew we had someone with the experience and the competence we needed to organise our own MUN. We three met in Madrid at a MUN there so it was normal for us to want to continue the cycle of MUNs all around the world and cities we’re based in.”

We are very grateful for their organisation of and dedication to this project. 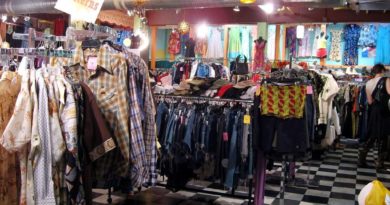 Thrift shopping- is it unethical? 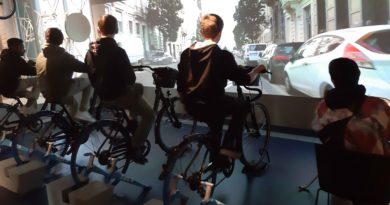