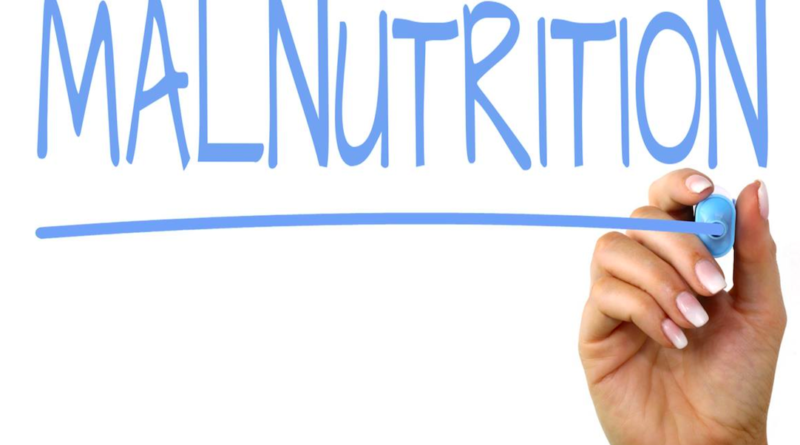 Why is nutrition so important?

Nutrition is one of the defining factors of mental and physical health. The kind of foods and vitamins we take in on a daily basis, are crucial for our physical and psychological development, as well as our well-being and behaviour. Nutrition makes us who we are. It is what we eat and drink every day that defines our height, weight, productivity and behaviour.

We often underestimate just how crucial nutrition is in our life. I take it for granted that I eat a proper meal three times a day. I am used to having my parents prepare my food and make sure I am balancing my diet. I know what foods are good for my health and which ones I should definitely avoid. Thanks to this awareness I have, I am a healthy and a well-nourished human being.

Are you aware, that the food your parents put on your table as a child, will define your productivity in the future? Can you wrap your mind around the thought that whether you eat a plate of pasta and vegetables or a frozen pizza for lunch every day, will to some extent impact your future success? Imagine that you could not achieve your dream of studying at University because you were malnourished and this prevented you from excelling in school or decreased your motivation and focus in class. The renowned phrase « You can achieve anything as long as you are willing to work hard to get it », in this case, is absolute nonsense. How could someone whose nutrition consisted of white rice three times a day for their entire life have the same possibility of achieving their dreams as someone who was properly nourished? It is truly devastating to think that poor nutrition can limit human beings’ capacities.

What does nutrition do to our brain?

Nutrition is one of the main determinants of brain development and behavior. Since the 1960’s scientists have proven that malnutrition decreases the brain volume, number of neurons, synapses, dendrites and reactive zones in a human being. The consumption of the wrong foods or a lack of food can deteriorate a person’s short-term memory, self-control and balance. Moreover, malnutrition is often the cause of attention dysfunction, impulsiveness, anxiety, diminished motivation and exploratory behavior. It is confirmed, that malnutrition is largely responsible for impaired school performance and social and emotional development.

Where can we find malnutrition in our modern world?

Reading the headline you probably think that malnutrition only affects the poorest parts of the world. To be honest, I thought the same thing. That was until I found out that malnutrition can be divided into two categories. Malnutrition consists of undernutrition, the insufficient intake of energy and nutrients, and obesity, the intake of too much food and especially of fat.

Undernutrition affects mostly children in underdeveloped countries. Their starvation and lack of crucial vitamins decreases their immunity, making them more vulnerable to diseases. Furthermore, undernutrition inhibits and slows down their growth and development. Undernourished children tend to be very short or underweight for their age. They lack energy and have difficulties in learning and absorbing any kind of information. Undernutrition is a vicious circle that traps people in poverty. A short, dangerously skinny, weak and poorly educated person will unlikely be considered for a skilled job, nor will they be able to become a fully functioning member of their society. In 2016, The United Nations Food and Agriculture Organization reported that 815 million people in the world are undernourished.

In developed countries, especially the United States, malnutrition is a hidden epidemic that in the past decades has often been neglected. In Europe and the United States, malnutrition mostly takes the shape of overweight and obesity. These diseases are normally caused by excessive consumption of foods and beverages high in fat, sugar and salt and by the lack of physical activity. The invention of transportation vehicles and the vast availability of fast-food has significantly facilitated life in the western world, however, it has also caused a huge burden.

Using solely cars or hoverboards to get from one place to another and eating nothing but burgers and fries from a fast food restaurant might make your life very comfortable. Nevertheless, this lifestyle comes at a price. Obesity has become the second-highest death-causing factor in the USA after tobacco. The overconsumption of fast food and the lack of physical activity can lead to diabetes, heart diseases, strokes, etc. Eating Chicken McNuggets and drinking a gallon of Coca Cola on a regular basis will lower the quality of your life. This excessive amount of sugar and fat will disturb your sleep, cause breathing problems and even impact your mental health. Overweight or obese people are vulnerable to anxiety, depression or other mental illnesses. So if you believe that eating at McDonald’s and Burger King every day will make you happy, think again!

The consequences of malnutrition, caused by the excessive consumption of unhealthy food and beverages, are a huge problem in schools. The documentary « Super Size Me » filmed in 2004 highlights this issue. Morgan Spurlock visits Madison Junior High School in Naperville, Illinois. He inspects the school’s cafeteria and is shocked when he sees that kids were only being served junk food. While one girl was eating a cookie and some fries for lunch, another boy’s meal consisted of frozen cheese pizza and a bottle of Gatorade.

No wonder many schools in the USA have reported aggressive or unstable behavior among their students. The amount of sugar and fat these children consume on a daily basis is just appalling! Without even knowing it, schools are endangering their student’s health as well as their focus, discipline and behavior. Consequently, Spurlock visits Appleton Central Alternative High School in Appleton, Wisconsin which is specialized for students with truancy and behavioral problems. This school decided to effect change not through discipline but through diet. By serving their students home-cooked and healthy meals and by getting rid of candy and soda machines, a huge change in the student’s attitude and behavior was observed. Teachers claim that thanks to their healthy and balanced diet, students are more focused and motivated.

In my previous school in Italy, I had a student in my class whose behavior was always very unstable. He would often be very aggressive or hyper-active and I could never really understand why. That’s when I realized that he was drinking a bottle of Red Bull every day. At the time, the boy was 12 years old. A bottle of Red Bull contains as much caffeine as 5 coffees. Imagine how this highly sugared energy drink impacted the organs of a 12 year old boy. 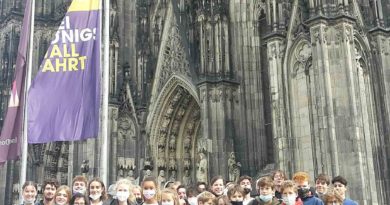 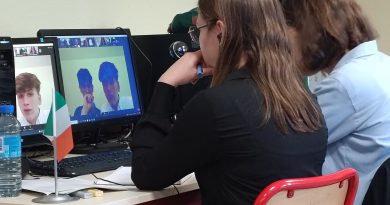 Virtual MUN (again!…): a misfortune or an opportunity?

Une pensée sur “How nutrition defines who we are”