The suspense began after clicking on the join button. A thrilling shiver through your body as you saw the other participants in the online call. However different this year, but still with the familiar smiles of the students. We were greeted by warm welcomes from the two chairs of the Human Rights Council, Hannah Wenzl (MOL-S7DEA) and Minna Deleay (MOL-S7DEA).

The first meeting of this year’s Munuccle had started, as Hannah and Minna asked everyone to introduce themselves and their roles in this meeting, and everyone started to feel more at ease. The co-chairs continued explaining the rules and overall structure for the meeting, what the differences were between formal and informal debates, and today’s plans. The morning went by quickly, and soon after it was time for our lunch break.

The Uighurs in China

Then the official informal debates began, the main topic of conversation being “The human rights of the Uighurs in China”. The delegation of Iran, India and China were especially active during this debate: from the topics they discussed and the argument they developed, we could clearly see the thorough research they had gone through prior to this debate. While the other delegations such as South Africa, Saudi-Arabia, France, Venezuela, the US, Amnesty International, and Turkey listened with excitement. Iran especially, made their motives clear as to support China on this issue, arguing that the US propaganda could not be trusted and the fact that we should believe China when saying to have done nothing wrong on this matter. Multiple times during this debate we have heard China voice its view on this important topic. Arguing that the camps were not as the US propaganda had made the world believe, a place of brainwashing, violence and hurting. It stated the camps to be voluntary places where the Uyghurs could be educated, protected from violence, and most importantly, teaching them how to fit in into China’s diverse culture. India then continued asking the reasoning behind the high fences, on which China answered them to be for the Uyghurs own protection from the outside world. Iran then continued by attacking the delegation of Amnesty International, bringing up figures showing that this organisation was not so neutral after all. Iran continued asking the question “How can an organization remain neutral when it accepts such large funds from the US and UK?” On which the delegation of Amnesty International continued saying it is a non-profit organization. Followed by support from India, the delegation stated that the funds are used for neutral research.

After some time, the debate started to derail and landed on the gun problem in the US, which I will not go into detail with.

However difficult the topic was, all the delegations were able to add to the debate. With different views and perceptions on this matter. 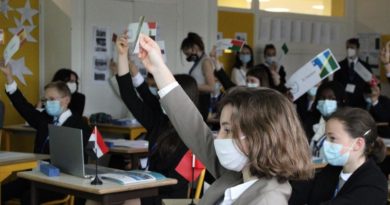 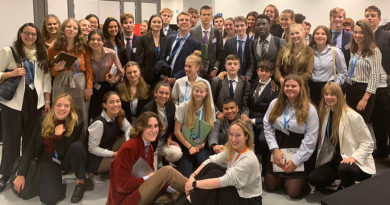