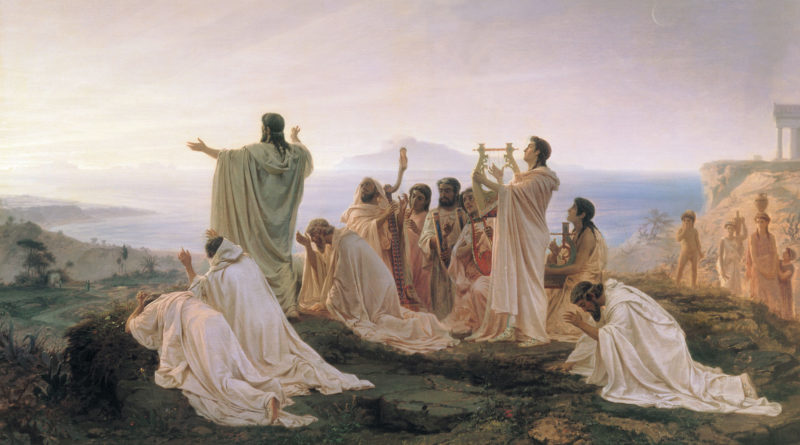 Throughout history, religious faith has played an immensely important role in the development and emancipation of human society. From Zoroastrianism (the official religion of the Persian empire and one of the oldest surviving religions) to Judaism, Islam, or Christianity, religion has always been, in some shape or form, an organic extension to the human psyche. Why then, assuming that religion is indeed a natural consequence of social interaction, do different interpretations of religion and deity vary so greatly? What impact do these different interpretations have for their respective societies (in terms of the role of the state, morality, and punishment)? Religion is vital in the way the world has developed (for better or worse). It influences how we interpret the past and present. How will religion develop in the future, and in what ways will it affect the communities we live in and vice versa?

Why do people believe in a religion?

In order to evaluate how religion will evolve in the future, it is crucial to understand how and why people believe in a religion in the present. Perhaps the simplest way to justify belief in a religion is maintaining that there is enough evidence in the world we live in to validate the belief in a divine being. However, recent studies show that there are more complex, biological reasons why human beings feel the need to have faith.

Karl Marx aptly describes religion as the “opium of the people,” suggesting that there is an addictive element to having faith, an intrinsic desire to believe in a higher power. Modern philosophical theories certainly support the idea that humans are, in a certain sense, ‘built’ to feel the need for religion. In other words, certain evolutionary traits make humans capable of conceiving of and associating with a religion. One of the many aspects of human psychology that make it easy for us to believe in a religion is our fundamental nature as social beings. Humans live on the basis of cooperation and benefit where, inexorably, we develop stronger bonds with some people than with others (our family and what we call friends). Humans even have the ability to anthropomorphize common everyday objects, animals, and natural phenomena, developing a deep psychological bond/relationship with a non-human object. It is relatively straightforward to conceptualize how easily one can go from loving a person to loving and worshipping a concept of a deity. This illustrates just how transferrable these abilities are and suggesting that mankind does indeed have a biological drive to religion.

Another influential and widely accepted idea is that put forward by 18th-century thinker and writer Voltaire. He maintains that religion is required for society to function;

“If God did not exist, it would be necessary to invent him.”

This has been broadened into a theory of social cohesion, which maintains that religion is necessary for a functioning community, binding a community together under shared values and ways of life. Religion, because of its various ethical values and teachings, also supports the foundations of the abstract thinking required in an intellectual society that functions on the basis of laws and mutual respect.

Hence, if religion is required as a way to fill particular needs, it stands to reason that a religion can only survive if it serves some purpose or offers some benefit. New religions are created every day, but many do not survive the modern world’s hostile environment simply because they are not able to convince their communities of their usefulness. Let’s take the example of Christianity, the biggest religion in the world, with over 2 billion worshippers. The ethos of caring for the sick, poor, or disadvantaged offers a clear benefit to any conceivable community; members of the Christian community will live longer and better than those of other communities. Similarly, although on a more spiritual level, many religions (the Abrahamic religions, Taoism, or Buddhism, to name a few) also seek to answer fundamental existential questions regarding the nature of death and evil or how to truly live a good life. Answering questions that have plagued humanity for centuries is undoubtedly an attractive prospect for any community; it provides security and gives people a reason, a purpose, and guidance. Religion aims to improve one or many of the aspects of a person’s life, be it on a spiritual or physical level. If it manages to do so successfully, it stands a much better chance of surviving.

In the church of wishful thinking

What if the future for religion is no religion? Since the early 20th century, advancements in science have driven powerful intellectual and political arguments suggesting that religion has no future in modern society. Renowned sociologist Peter Berger told the New York Times in 1968 that in “the 21st Century, religious believers are likely to be found only in small sects, huddled together to resist a worldwide secular culture”. Now that we’re actually living in the 21st century, it is interesting to see how Berger’s view has materialised. To a certain degree, his prediction is accurate; the number of people who do not have a religion has been steadily rising, particularly in more affluent countries such as China (7% of population feels religious), Japan (13% of population feels religious) or Sweden (19% of population feels religious).

However, these numbers do not tell the whole story. In fact, according to statistics from the Pew Research Centre, the number of atheists/agnostics/people who do not identify with any religion is expected to make up a declining percentage of the world’s population, despite increasing in countries such as the USA or France. If current demographic trends continue, Christians will still be the most prominent religious group over the next four decades, despite Islam being the fastest-growing religion. Islam is expected to have the same number of followers as Christianity in 2050, with 4 out of 10 Christians expected to be living in Sub-Saharan Africa. Hindu and Jewish religions will grow to be more substantial than they are today, and Buddhism will remain relatively stable. Overall, contrary to the growing consensus that religion is decreasing in importance, the percentage of the world that is religious will rise from 84% to 87%— with the number of people who don’t identify with a religion projected to decrease.

This supports the hypothesis of religions filling in specific needs of the society they thrive in. Global trends suggest that religion will continue to grow in more miserable, more underdeveloped countries (such as Sub-Saharan Africa) and will decrease in more stable, developed countries. It is clear that religion provides a sort of ‘safety net’ for struggling societies; when life gets tough or disaster strikes, believing in religion provides people with a source of hope. A striking study on the people affected by an earthquake in New Zealand in 2011 illustrates just how profound an effect religion has on the human mind. Chris G. Sibley and Joseph Bulbulia investigated whether those affected by the earthquake were more likely to believe in God or not. Consistently with the religious comfort hypothesis, they found that religious faith increased in those affected, despite an overall decrease in the country as a whole.

So how will religions evolve?

Having established that religions exist for one primary reason – to further the survival of humans – we can expect religion to evolve according to the ever-changing needs of modern societies. In a world where some religious traditions clash with relatively new moral points of view that arise from our increasingly secular societies (for example, issues surrounding gender roles and body autonomy), it is very plausible that some religious movements will start to ‘streamline’ their beliefs. This means keeping the core values and teachings of a religion while stripping it of the traditions that are perceived to be redundant and superfluous. Modern communities are becoming increasingly diverse as many different traditions are thrown into one big melting pot. This inevitably mixes similar beliefs over time to create a general tradition. Take the holidays of Christmas or Easter, for example, which have pagan roots but were adopted by Christians and have since evolved into more inclusive holidays celebrated by almost everyone, religious or not.

An alternative option and another very plausible possibility is this streamlining on a more personal level. Rather than an entire religious movement shedding its antiquated traditions in order to appeal to a group of people, we could see a trend of people ‘creating’ their own individual religions. So what would these ‘individual religions’ look like? A trend that is becoming increasingly common is a sort of ‘pick and mix’ set of values. This is where people select different aspects of religion that they feel comfortable with and piece them together like a jigsaw to create a sort of ‘Frankenstein’s monster’ religion. Another common branch of an ‘individual faith’ are those who identify as culturally religious. People who identify as culturally religious identify with the values and traditions of religion but do not actively practice and pursue religion. A cultural Catholic, for example, would most probably attend mass on special occasions (weddings, Easter, Christmas) but would not actively pursue the religion on a day-to-day basis.

Do religions ever die?

The simple answer to this question is that one can never know how religion will evolve. Perhaps the religions that we worship today will last for generations more to come, or maybe they are merely a ‘flash in the pan.’ We could even be on the brink of a new religious ideology, influenced by a new era of scientific advances and data. This article started with an attempt to define what religion is in both an empirical and logical way. It is, however, abundantly clear that it being such an abstract and personal experience, religion cannot be defined. 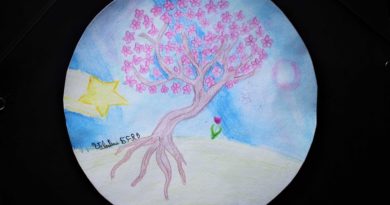 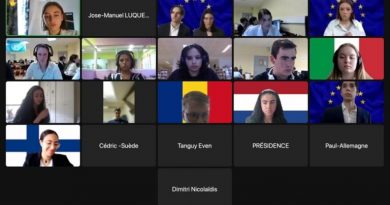 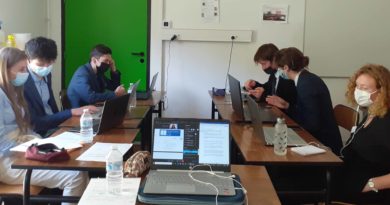 2 pensées sur “The faith of tomorrow; what future for religion?”