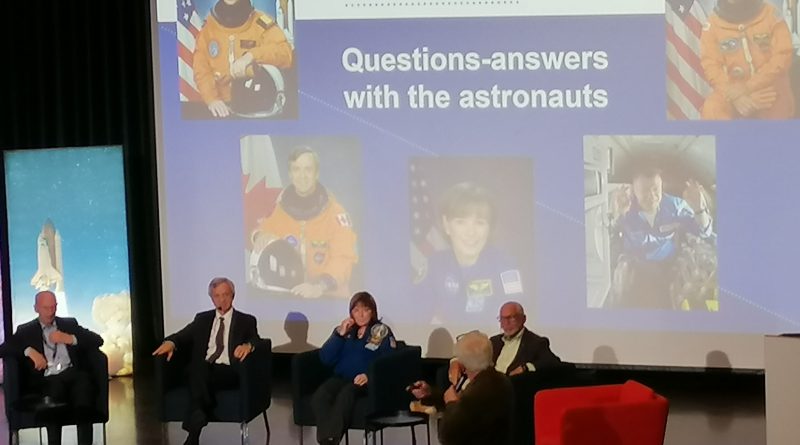 On the 20th of October, the two French Physics classes, the Polish and the Hungarian classes went to ULB for the Space Day organized by the ULB and the VUB to interest young students in how different fields of research can impact space and astronauts.

First part of the conference: short presentations of various fields of research in aerospace

The first part of the conference consisted of short presentations of various fields of research supported by the two universities. Each speaker had approximately 5 to 10 minutes to spark our interest in their space-oriented research.

-The first researcher was a physical therapist whose presentation was on the similarities between astronauts and cancer survivors; it turns out they have lot in common, as is the fact that both are highly exposed to radiations, both encounter health problems and therefore both need rehabilitation and similar types of exercises.

-The second presentation was about molecular biology and evolution. The project that was shown to us was “RISE” (Rotifers in Space). Rotifers are aquatic micro-animals. Their species consists of only females. What’s interesting is that they can appear “dead” under their desiccated form (composed of 6.4% of water) yet still return to life in their hydrated form (when they consist of 94% of water). The understanding of their functioning is paramount because they can live in extreme conditions and resist radiation, so perhaps by studying them we could achieve conditions that reduce the impact of space on astronauts.

-The presentation of a philosopher of sciences enlightened us on what really stands behind every single astronaut.  A team, hundreds of people, each one of them playing an essential role in making space travel possible. All these people are excellent at what they do because they have an immense responsibility. Mistakes are not an option.

– A physicist then showed us the IASI sensor satellite designed by CNES (the Infrared Sounding Atmospheric Interferometer). Its mission is to measure the concentrations of various gases in the atmosphere. Knowing these concentrations, it is possible to deduct temperatures and eventually track fires (high concentration of CO2), tornadoes… Moreover, they can also track ozone holes in Antarctica.

-A psychologist talked about analogue space voyages in Antarctica that simulate an ICE (Isolated, Confined and Extreme space).

-The next presentation might have been the most interesting one for space enthusiasts. An astrophysicist showed us a chronological line of our universe in three ages. The first one was the inflation and cosmic microwave background. It starts with the Big Bang. Having studied it, we now know that 24% of what surrounds us is dark matter, 68% is dark energy (responsible for the expansion of the universe) and finally, only 5% is ordinary matter (what we are composed of). Then, we have the dark Ages and Cosmic Dawn.

Finally, the third Age starts when stars begin to shine. She also shared the stellar evolution (a star can become a dwarf, a neutron, or a black hole). The other important part of the research is to understand how chemical elements were created. When two stars orbit one another, they start turning around each other and gradually get closer because of gravitation. When they collide, they explode and let particles escape.

-The following presentation was about the detection of life and bone in space. We can study the bone mass loss astronauts experience in space with organs on chips.

– This presentation showed us how to protect astronauts from reentry heating. Accurate predictive numerical simulations predict the heat flux and help design the thickness of the shield of the capsule.

-The following speaker was a geologist. Mars 2020 Rover Perseverance and Ingenuity can drill rocks back to Earth for further study Geologists try to understand the composition of Mars and perhaps find a vestige of life (3-4 million years ago). In Jesu Crater, there’s a valley of an ancient river, which lets us know for a fact that there used to be water on Mars.

– Two of the next researchers talked about the Belgian space industry. Thrust vector control systems and designing and manufacturing parts to return from space is the Belgian contribution.

-Space engineers are also essential. They conduct micro-gravity experiments; they make loads of functional and launch tests as well as documentation. But above all, they are specialized in problem solving. Their overall goal is to study phenomena (such as transparent alloys or the solidification of metals).

The aim of these presentations was to show us how the space field can be impacted by various fields and technologies. It was interesting to discover the diversity of research that can be lead in space. The short presentation format gave the conference a nice rhythm.

Second part of the conference: conversation of the students with the astronauts

The second part of the conference was the exchange between the students and the astronauts that were invited. The astronauts that honored us with their presence were: Dirk Frimout and Vladimir Pletser (Belgian astronauts), Charles F. Bolden Jr and Anna Lee Fisher (American astronauts) and Robert Thirsk (Canadian astronaut). The ULB organizers had asked each school from the auditorium to send three questions before coming to the Space Day so that the university could prepare the questions that guided the thoughts of the astronauts.

– Human qualities required to become an astronaut are without surprise to be passionate, and curious but also to be open to others, to have patience and be a hard worker. Most of all, you need to be capable of following your dreams and never give up.

– A school asked Anna Fisher what it was like to be a female astronaut. She said that she felt welcomed and even if she was not a man, she was expected to perform the same.  Now there is almost as many women as men in the NASA. She finished by jokingly saying that suits could be perhaps made a little more stylish for women.

– Does your perception of the world change after experiencing space? Robert Thirsk (who has spent the most time in space of them all) answered that question by saying that you feel the “overview effect” which is the name given to describe the spiritual feeling you experience when you look down and understand that everything is connected. It is a connection between the land, the atmosphere, the water… You understand that something happening somewhere can impact something somewhere else. Of course, you have a new perspective of the world and its wideness. Finally, he recognized that after a month in space you feel like a citizen of the world; you no longer have the notion of nationalism.

-For what were they the least prepared? Anna explained that she regretted not having studied more geography so she would have fully benefited from looking at our planet and knowing which country she was looking at.

– Another concern was about cooperation between different nations in space. Vladimir Pletser had to support a Chinese mission in space. It was a challenging task because cooperation was difficult. They did not have the same language and trust had to be developed. When he arrived, he felt welcomed but then he found out that his Chinese colleagues were hiding information from him. They had received instructions on how to cooperate with strangers. The observed dilemma was to choose between accepting the help of someone else because you need his expertise or thinking you can do things on your own better.

– How do the astronauts deal with global conflicts in case of one taking place? First things first it is always important to make compromises and to listen to your partners. It’s also important to note that despite the many differences, all astronauts have something in common – their passion for space and going to space. So, they must do their best to keep working together despite what is going on Earth. No matter what is happening on Earth, the objective remains to achieve the mission. Fisher finished by saying that she was proud that NASA and the Russians kept working together despite the Ukrainian war.

– Another big question was their thoughts on the privatization of space travel and tourism in space. Charles F. Bolden Jr thinks it would be great if such a thing could be achieved well because everyone should have the chance to experience space: “It’s magic to see how wonderful the Earth is, you come back as somewhat of an ecologist.” Nevertheless, it is essential to make a distinction between people going to space as a tourist and people training hard for years and years to go, as an astronaut.

– Concerning food, even though astronauts cannot grow crops and eat fresh food yet, they have access to different dishes. Nevertheless, as Thirsk joked: “After several days in space, pizza tastes like hamburger and macaroni so you are welcome if you want to come and improve the taste of our food.”

-The air and the water of the space station are recycled. Vladimir jokingly said, “You drink the same coffee every day.”. They can also burn candles to provide more O2.

Seeing the astronauts truly felt unreal. Listening to their experiences and anecdotes was very entertaining. Meeting them could also show people that want to become astronauts or work in this sector that it is in fact not impossible, after all astronauts are also humans.

This event was a broad experience for everyone and a great opportunity for those of us who are interested in space.

-The timeline of the early universe: Wikipedia 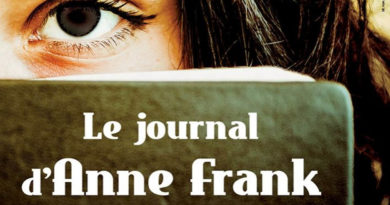 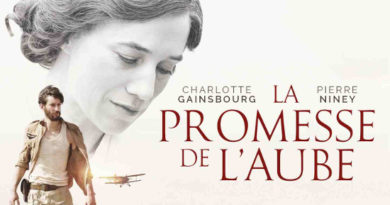