Throughout the course of the informal debates of UNESCO, many alliances and grudges managed to form. Some abiding to the rules of democracy, and others not so much. While the countries governments don’t matter by themselves, it does allow for interesting point of views to come together in regard to this year’s topic. “Restoring confidence in information and democracy” is a topic that can spur many different opinions. Where the line blurs through transparency and censorship, countries must find a way to work together and create an achievable resolution.

During a modern age of technology and media, it is extremely difficult to find resources that expand on polarizing subjects without being biased. The more accessible media becomes, the easier it is to spread fabricated news. Solving this issue is the operation of our delegates. Though they themselves might disagree with their country’s choices, they must think, act and most importantly, lead like how they think their countries would in modern day society. Each delegate must work together and learn how to compromise to find solutions that are accessible for everyone.

While introducing the first resolution of Saudi Arabia, Venezuela, Russia, Pakistan, Vietnam, Morrocco, Algeria, and China, it is noted that most (or all) of these countries are from either highly censored democratic governments or monarchies. Though the idea of these countries forming alliances is compelling, their lack of proper democratic values in their own governments created a bumpy road for other delegates to agree on.

The Clauses and Amendments of The First Resolution

The first clause declared: “Asks all countries to create a group of fact checkers voted by the people but also approved by the government”. Though at first glance it might seem like a reasonable solution, Germany stated that this is simply another excuse for the countries to regain control of media again. It was later voted on, and with the score of 8(for)-9(against) the entire clause was dropped.

The second clause states: “Endorses new rules regulating the authenticity of sources”, this rule only allowed only verified news sources to be able to post media regulations. However, there was a long debate on which body could identify an “authentic source”. It could not be a governmental body, as that could lead to the spread of propaganda, neither could it be a non-governmental organizations (NGO) body, as that could lead to the spread of fake news. Germany’s delegate created an amendment for it to be an unbiased outlet, it must be declared by numerous sources. This is because “the freedom of press is indispensable”, however China’s response concerned how they could truly be unbiased and instead not secretly following a western regime. The clause passes with Germany’s amendment.

The last clause discussed states: “Proposes that all countries agreeing to this share information about the sources of fake news in order to protect integrity”. The United Kingdom’s delegate was unsure whether or not the integrity would follow the UN’s. Throughout the meeting, China was insistent on the fact that the countries needed to trust each other for these sources, “if they do they would be able to battle corruption and continue an age of peace”. To counter this, the UK mentioned he examples of past journalists being praised for media in some countries while being imprisoned in others. In the end, the motion passed with a staggering vote of 16-10.

Overall, the first official meeting started off at lightning speed, with delegates truly engaging with each other and in the debates. As a spectator, I could see how everyone was committed completely to their role and country. This allowed for a very indulgent meeting to kick-start MUN. Hopefully, we will see this evolution throughout the next few days of UNESCO. 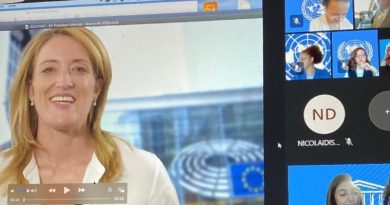 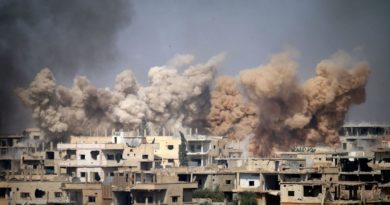